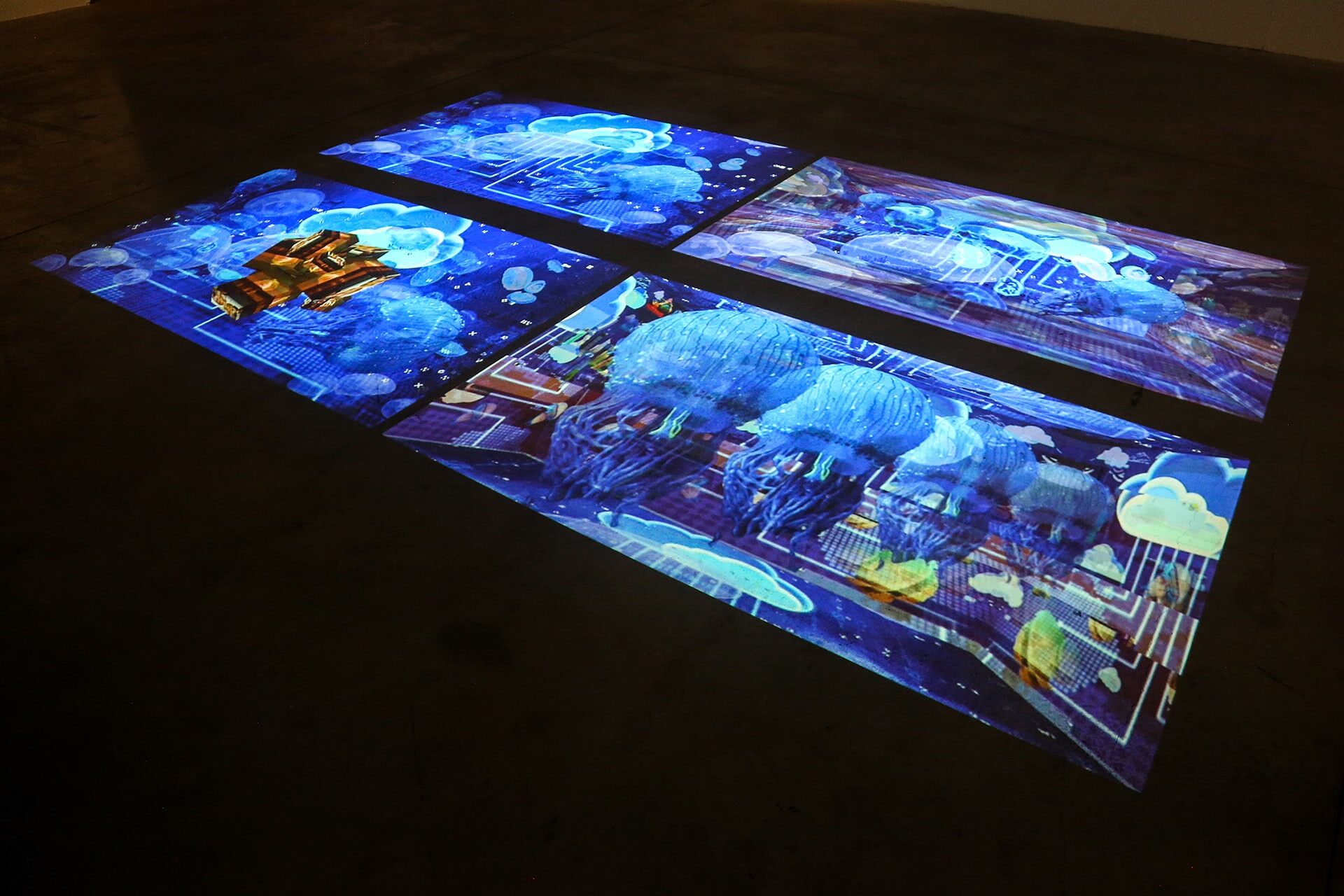 This body of work is focused on a series of evolving animated GIFs but extends into prints, graphics, textiles, and video. The animated loops are created painstakingly frame by frame using found imagery in a very slow, low-fi digital process; the pieces are an attempt to find a new visual language, new metaphors, for the digital. It’s the tech interests themselves who have primarily been defining both the language and iconography that we use to describe the digital —- and that means the discourse, no matter how critical it intends to be, ends up being circumscribed.

Earlier works such as The Cloud (2014) lightbox had been focused on deconstructing so-called 'cloud' marketing imagery to highlight the absurdity of these cynically misleading campaigns -- the way that the language and images used to describe the service imply an ethereal data-heaven - disembodied, pure, and safe. Around 2015, I started combining these works with glitch, underwater cables, and jellyfish. I was thinking about swarms as networks; how these ancient life forms are flourishing in acidifying oceans; and reports of millions of jellyfish swimming en masse into the plumbing of coastal nuclear power plants and causing shutdowns. In this series, the jellyfish becomes symbolic of the amorphous, inscrutable network, the cloud that seems to be one thing but reveals itself, upon closer inspection, to be another. It’s an exploitative cycle between us and technology and the natural surroundings that is leading us ever further down a dystopian rabbit-hole. 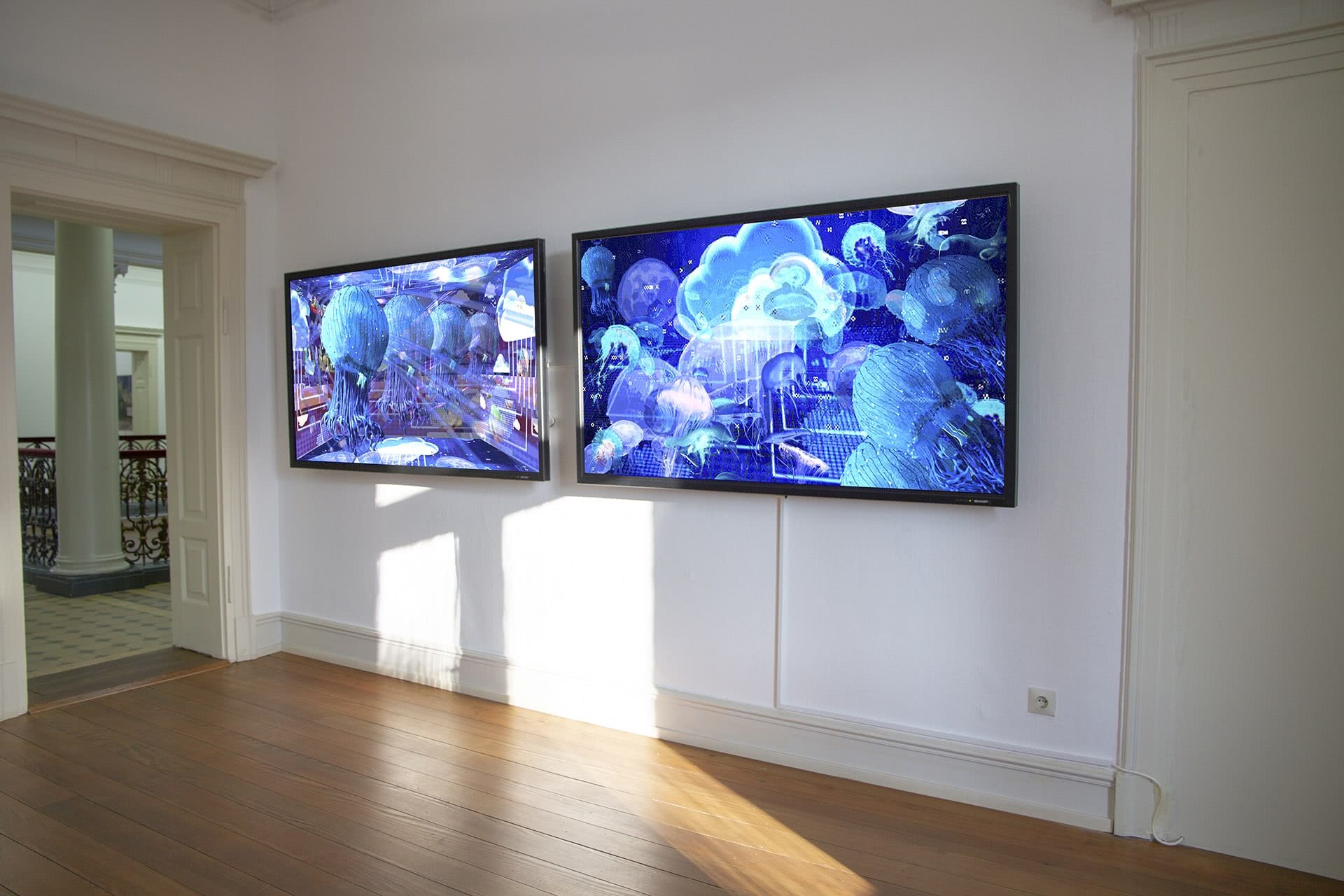 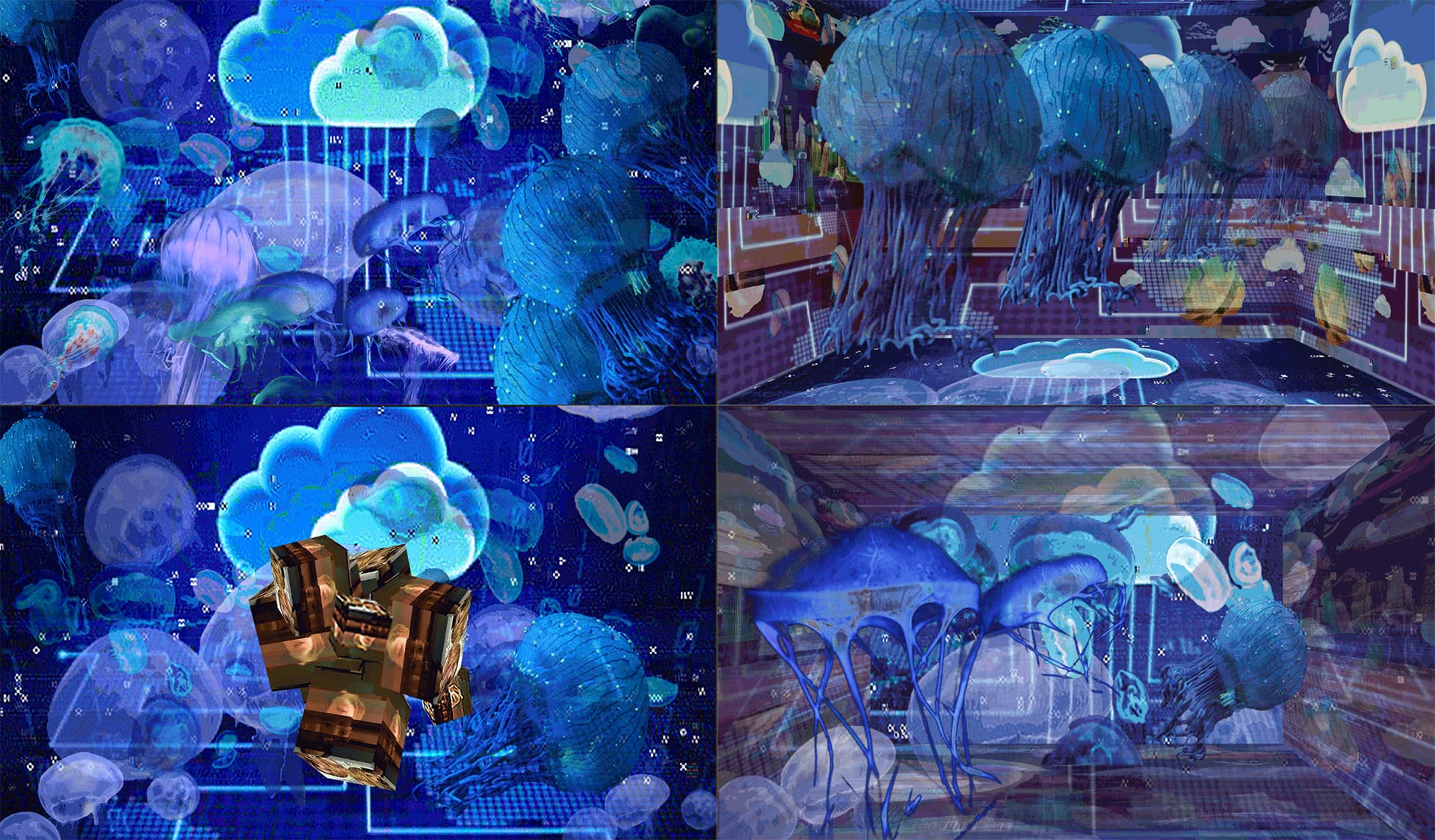 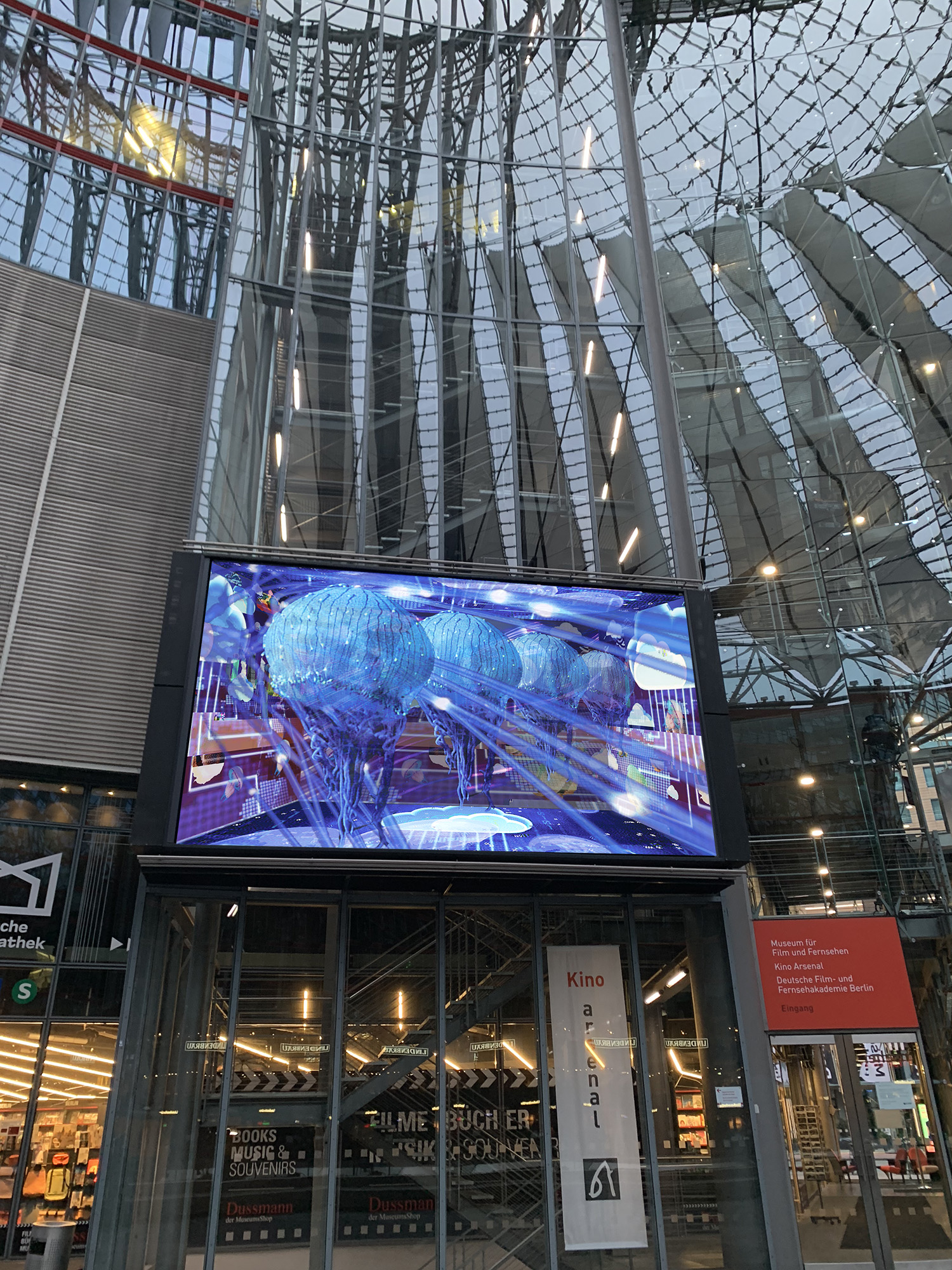 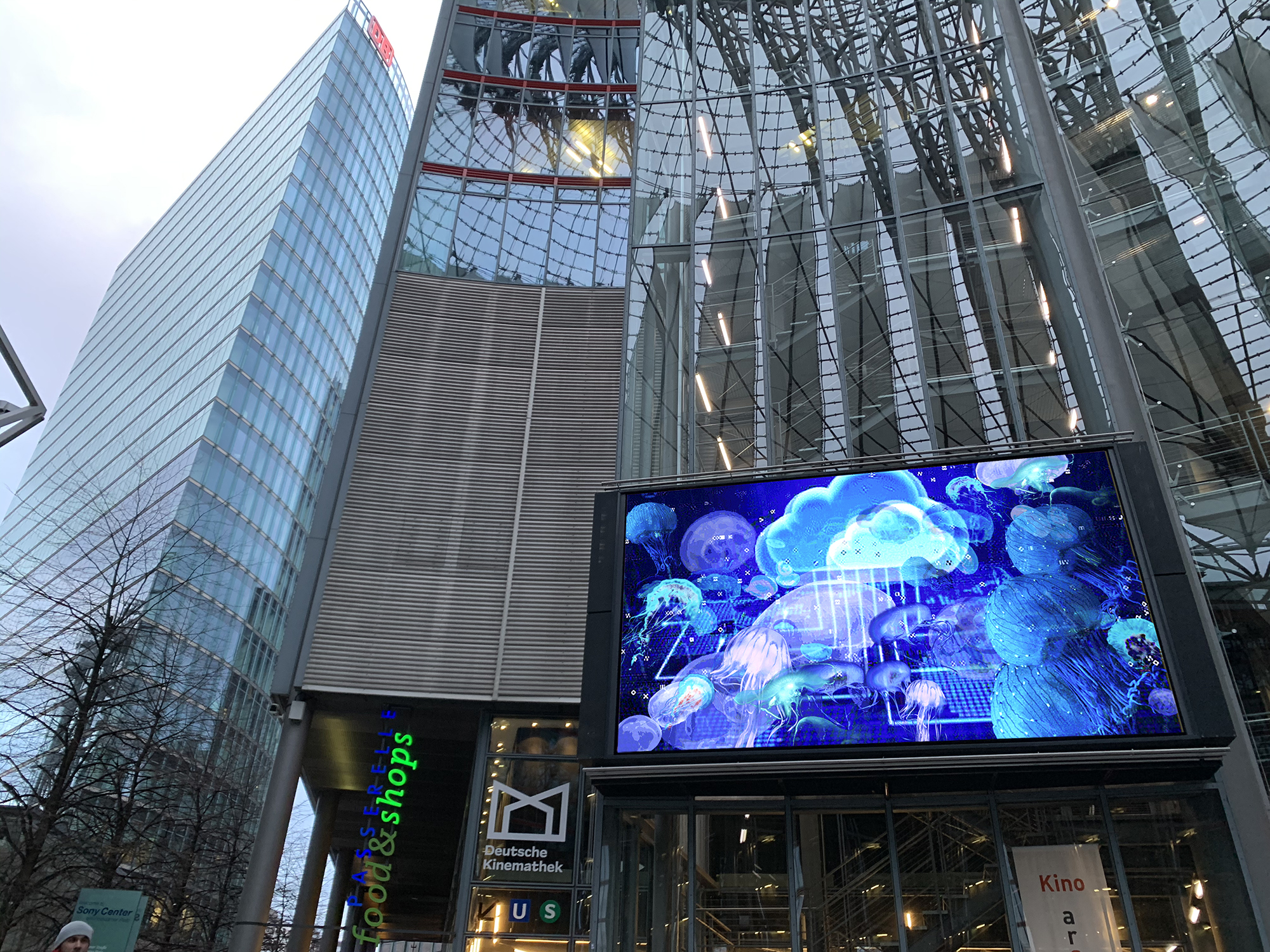 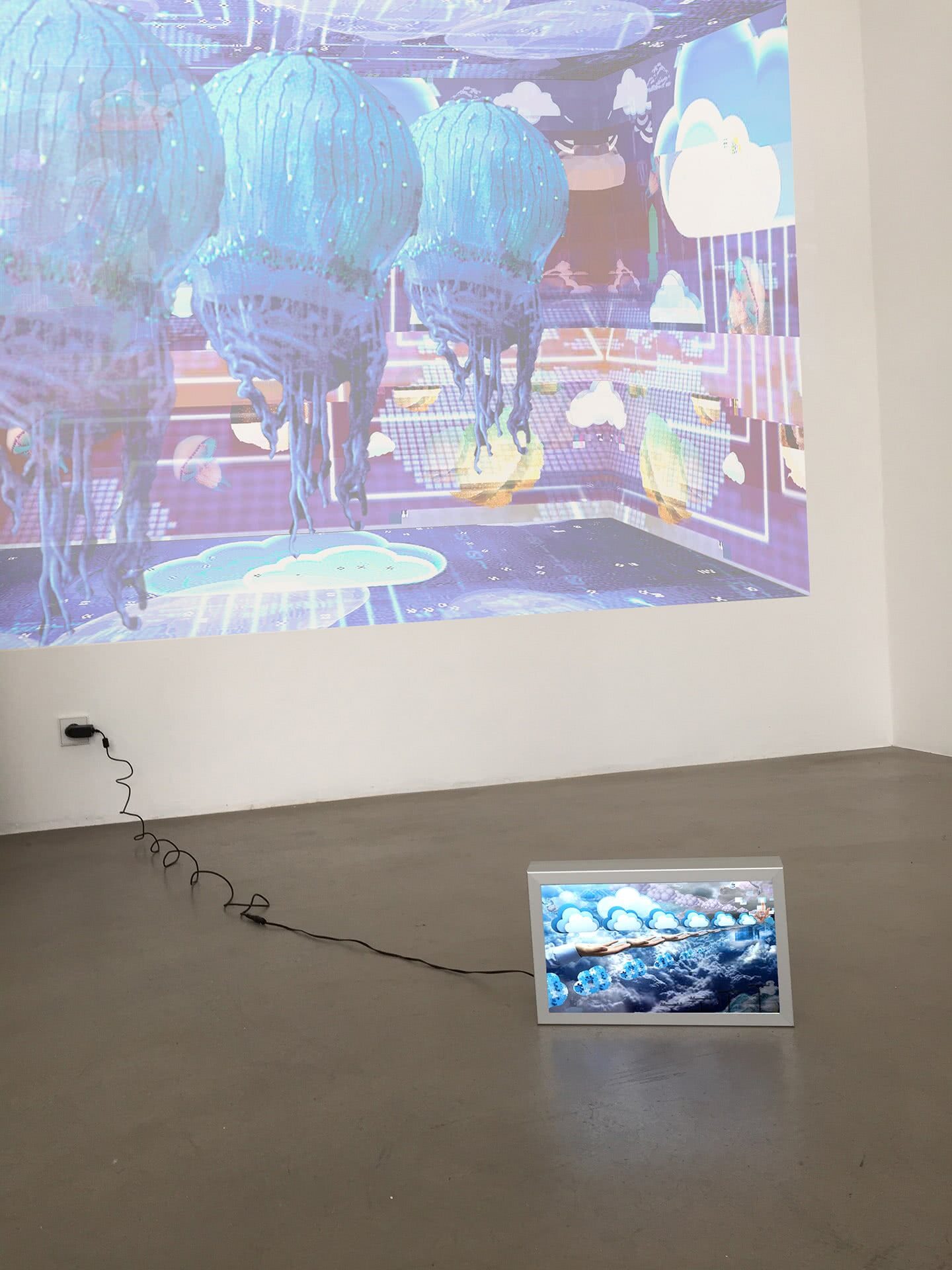 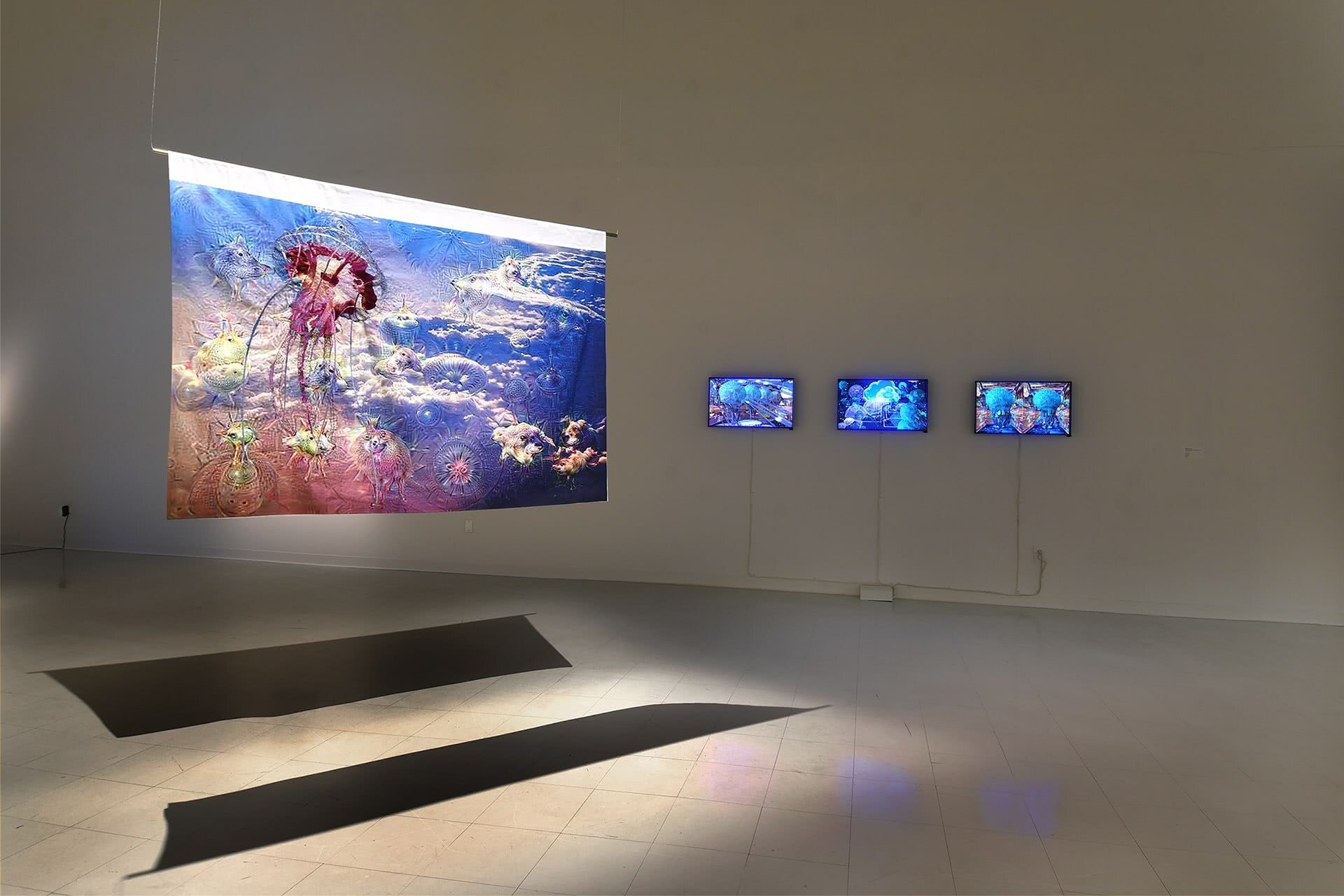 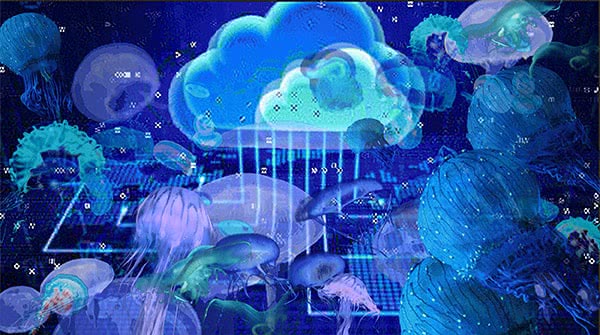 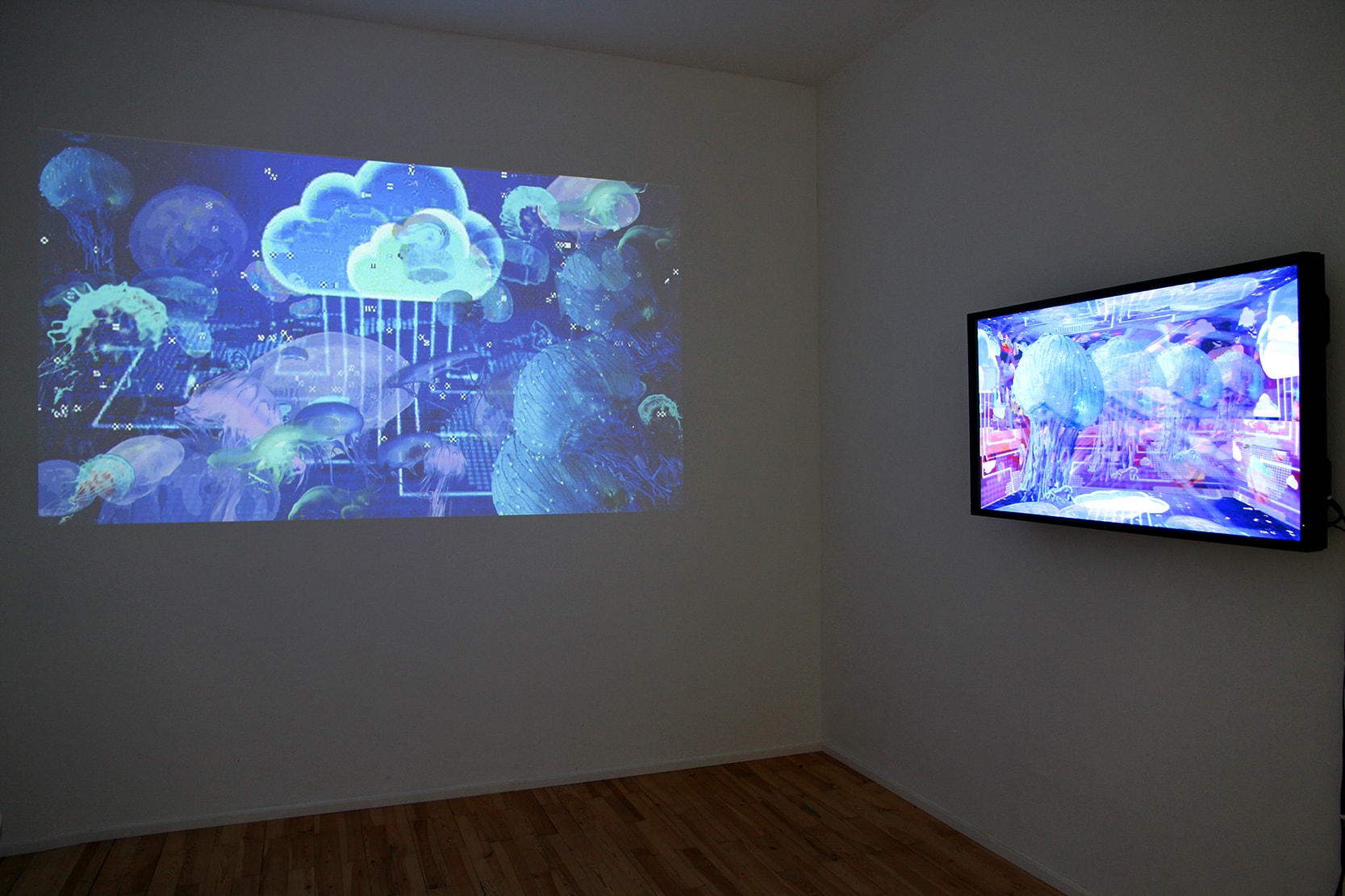